Fighting Bias against Gays and Lesbians in Retirement Homes 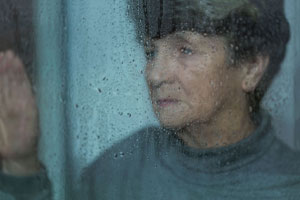 Studies have shown that senior citizens who are queer experience discrimination related to housing.

As reported by the New York Times, a survey by Justice in Aging, a legal advocacy group, showed the majority of L.G.B.T. adults living in long-term care facilities felt that they would face discrimination if they openly revealed their sexual orientations.

Another study by the Equal Rights Center involved sending senior L.G.B.T. and straight couples to apply for housing in 10 states. Nearly half of the gay couples reported at least one form of discrimination, including:

A third study in 50 metropolitan areas by the Department of Housing and Urban Development (HUD) found that housing applications by straight couples were often favored over those from gay and lesbian couples.

discrimination against a lesbian, gay, bisexual, or transgender (LGBT) person may be covered by the Fair Housing Act if it is based on non-conformity with gender stereotypes. For example, if a housing provider refuses to rent to an LGBT person because he believes the person acts in a manner that does not conform to his notion of how a person of a particular sex should act, the person may pursue the matter as a violation of the Fair Housing Act’s prohibition of sex discrimination.

The following states and Washington, D.C. prohibit housing discrimination based on sexual identity and orientation:

A number of major cities, including Atlanta, Chicago, Detroit, and Miami, also make housing discrimination based on sexual orientation illegal.

Courts in different states have reached different conclusions about whether landlords may use a “freedom of religion” argument to justify discrimination against gays and lesbians.

As the Times reported, 69-year-old Marsha Wetzel filed a federal lawsuit claiming that she was subjected to verbal and physical abuse by other senior living facility residents in a Chicago suburb after she mentioned that she’d raised a child with her now-deceased same-sex partner.

According to the complaint, Wetzel:

has been subjected to a pattern of discrimination and harassment because of her sex and sexual orientation, including persistent verbal harassment, threats, intimidation, and three separate assaults, at the hands of other residents. She has been called countless homophobic slurs, taunted about her relationship with Judy and their child, threatened with bodily harm, bullied and intimidated in all of the communal spaces in the facility, and physically injured by other residents, all because she had a committed relationship and created a family with another woman and because she is a lesbian.

She claims that the staff members have taken no meaningful action to stop the harassment. Wetzel is suing under the FHA and the Illinois Human Rights Act.