Compare Quotes From Top Companies and Save 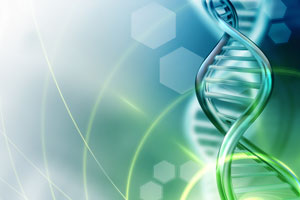 DNA expert Richard Eikelenboom has been barred from providing testimony in an upcoming sexual assault case after a Denver district court found that Eikelenboom had inadequate training.

In this sexual assault case, two defendants were found guilty of attacking a woman after a work-related Christmas party. The defendants were charged after DNA linked them to the attack.

The Denver District Attorney’s Office stated, “Testimony in Denver District Court earlier this week revealed that Eikelenboom has committed fundamental DNA analysis errors by not following accepted scientific standards in the DNA field.” The Denver District Attorney Office claimed that it got Eikelenboom to admit that, “He had no direct DNA extraction or analysis experience, that he operates a lab that has not been accredited, that he personally failed his basic proficiency tests in 2011 and 2012, and admitted that he was ‘self-trained’ in running DNA profiles.”

Eikelenboom holds himself out as an expert in DNA, bloodstain pattern analysis, and trace recovery. Eikelenboom works with his wife at Independent Forensic services, a private laboratory in the Netherlands. Eikelenboom denies that he made the admissions that prosecutors attributed to him. He stated, “We are very surprised by all of this… I think they’re very scared from some of the cases we’ve worked on, and this could be a miscarriage of justice and we will expose that if they are.”

Eikelenboom has defended himself, stating, “What happens here is not truth finding. They just want to find something to throw mud at you.”

Eikelenboom has previously given testimony in numerous high-profile cases.

Eikelenboom testified as an expert in Casey Anthony’s murder trial, where she was acquitted of murdering her 3-year-old daughter. In Anthony’s trial, Eikelenboom gave his opinion of the DNA samples that were found on the duct tape that were attached to her daughter’s body. Eikelenboom testified that if duct tape was put over a person’s mouth, the sticky side could potentially contain DNA evidence, but that it would be difficult to analyze after it had been exposed to the elements for several months.

Eikelenboom also testified as a defense witness in a trial that successfully overturned the conviction of David Camm, a former Indiana State Trooper who had been convicted of the deaths of his wife and two children. The Eikelenbooms are credited with finding and analyzing the evidence that freed Camm. The attorney who represented Camm in his appeal released a statement saying, “In looking at the articles about the Denver trial, it is as I suggested, a much more nuanced episode than the press release suggests… My guess is that the Denver prosecutor, having obtained a favorable ruling under Colorado law now seeks to demean Richard nationally. Following Camm’s acquittal, he received a wrongful conviction settlement of $450,000. Camm currently works as a case coordinator for a wrongful conviction advocacy non-profit organization, Investigating Innocence.

Eikelenboom also gave testimony at the trial of Timothy Masters. Masters was released in 2008 after serving almost 10 years in prison for the 1987 murder of Peggy Hettrick.

What to Do When a Personal Injury Claim Is Filed Against You
Breaking Your Lease When You Can No Longer Afford the Rent
Do I still need a contractor’s license if I do landscaping or build fences, but not houses?
What is parental kidnapping?
What is an implied trust?
What does “criminal procedure” mean and why is it important?
What Happens If You Break an NDA?
What Are Trade Regulations?
What is involved in de-unionizing a workplace?
How to Beat a Red Light Ticket

California Adopts ‘Yes Means Yes’ Law: Having Sex Becomes Risky for College Students
Is It Legal to Drive Drunk in Your Own Driveway? Yes, If You Live in Michigan.
Wells Fargo Settles Class Action for Fraudulent Accounts
Police Misconduct That Goes Unreported and Undocumented Undermines Our Criminal Justice System

Compare Quotes From Top Companies and Save