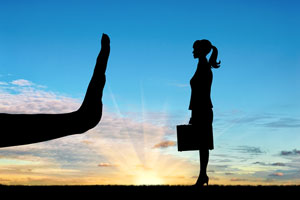 The City of Anaheim has settled the discrimination lawsuit filed by former City Attorney Cristina L. Talley, who claimed that the city ousted her from her job because she is Latina. Talley will receive $750,000, while her law firm, Borton Petrini LLP, will receive $700,000.

Talley was 56 at the time of her termination. She was replaced by a 40-year-old white man. Talley alleges that her replacement received a higher starting salary than her final salary.

City officials have claimed that Talley’s lawsuit lacked merit, noting that she had never mentioned discrimination before she was terminated or in her formal resignation letter. The city stated that the majority of the city council “was unhappy” with Talley’s work, that her communication with the city council was poor, and that she favored Mayor Tom Tait.

Cristina Talley began working for the City of Anaheim in 1996, after working as Pasadena’s acting city attorney. She was promoted to the City Attorney post in 2009. Her total time working for Anaheim’s government was 16 years, the last four of those as the city’s top attorney.

The city has stated that the council had been dissatisfied with Talley’s performance since 2012.

On January 29, 2013, Talley had a second performance review. The majority of the council voted behind closed doors to ask her to resign within 48 hours.

Talley alleged that her performance reviews were scheduled on short notice and in her second review, in which she was terminated, she was not given the opportunity to respond to the allegations or the proposed discipline.

In January 2013, Talley formally resigned from her position.

Reactions to the Settlement

Commenting on the settlement, Anaheim spokesman Mike Lyster said, “As confident as we are in our position, the reality of our legal system is that it is more cost effective to settle than to seek our day in court.” At the time of the settlement, the city had already spent $800,000 in legal fees.

The law firm representing Tally, Borton Petrini LLP, stated, “No amount of money can fully compensate Ms. Talley for the damage caused by her meritless termination,” but also noted that its client was “very pleased” with the result.

What Does the End of Net Neutrality Mean for Small Businesses?
Lawyer Who Has Filed Over 1,000 ADA Lawsuits Forces Burger Joint to Close
A Struggle For Political Power In North Carolina
Is Your TV Spying on You?